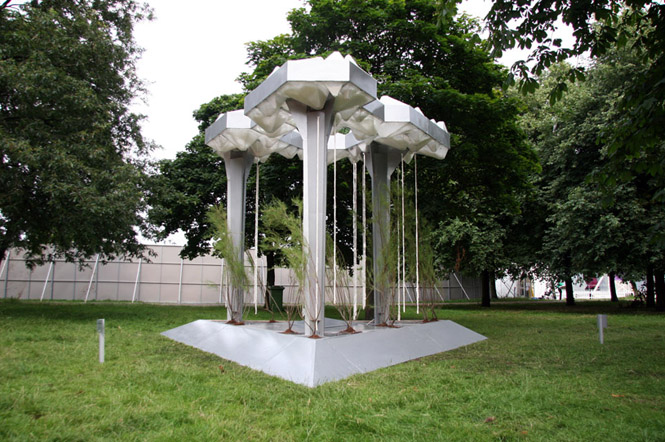 A public space project commissioned by the Mayor of London and the Greater London Authority as part of the “Wonder: Incredible Installations” program, installed at Victoria Park, London, for the Olympic Games 2008 `Drip` is a large steel sculpture that contains an intricate vertical garden. Inside it, two separate hydraulic systems create water movement that nourishes 12 plants and a slowly dissolves a canopy of salt into 14 stalactites. Dripping down and growing up, the two compete against each other in time: the sculpture transforms as it turns its water circulation on and off. The project came from paper into reality in just 15 days. The constructions process started in Greece. It was then transferred to London where it was reassembled and finished. Our team worked day and night in order to meet the deadline of the opening ceremony of the Olympic games.
Likes (0)
Share